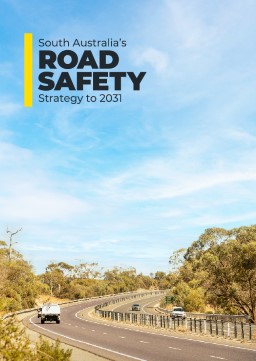 South Australia’s Road Safety Strategy to 2031 (the Strategy) has been developed to improve road safety for everyone living in and visiting our state. It will focus the South Australian Government's efforts on the things that will have the greatest impact for reducing lives lost and serious injuries on our roads.

The Strategy sets out the following ambitious 10-year targets to support our long term vision of zero lives lost on our roads by 2050:

The Strategy will be implemented through a three-year rolling action plan to be released in early 2022, which will be updated annually. It will set out the actions to be taken to give effect to the priorities, as well as responsibilities and timeframes for implementation.

Read the strategy on this website or download a copy of South Australia's Road Safety Strategy to 2031 (PDF, 7759 KB).

Development of the Strategy has been guided by extensive consultation with stakeholders and the community. Read the Consultation Outcomes Report (PDF, 2415 KB).